Nowlin has been President of Ascension St. John Medical Center in Tulsa since November 2012 and has proven to be a trusted, Mission-focused servant leader. 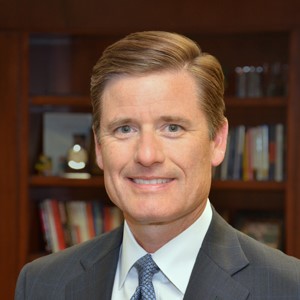 "Jeff brings a working knowledge of healthcare in northeast Oklahoma,” said David Sigmon, Chairman of St. John Health System Board of Directors. “His years of experience in Tulsa will strengthen St. John and its affiliated clinics and hospitals, in delivering quality healthcare to Tulsa and its surrounding communities."

Bill Weeks, Ascension St. John Chief Operating Officer, led St. John Health System until Nowlin was named to his new position. “I want to thank Bill for his willingness to lead Ascension Oklahoma for the past few months as we evaluated candidates for the position of Ministry Market Executive,” said Karen Springer, Executive Vice President, Healthcare Operations for Ascension. “His virtuous servant leadership enabled us to continue to serve the Oklahoma community and ensure the sustainability of our Mission there.”

During Nowlin’s time leading Ascension St. John, he has overseen the development of a Patient Logistics Center that has resulted in tremendous growth in the number of patients served. In addition, he has guided the development of new partnerships, programs and service line initiatives in support of our Mission.

During his tenure, St. John was named the No. 1 hospital in Oklahoma by U.S. News & World Report and achieved high marks from The Joint Commission, the American College of Surgeons, and the Scientific Registry of Transplant Recipients for St. John’s stroke, trauma, and kidney transplant service lines.

He earned a Master of Health Administration degree from Washington University School of Medicine, St. Louis, and a Bachelor of Business Administration degree from Baylor University, Waco, Texas. He serves on several nonprofit boards and councils in Tulsa, including the Oklahoma Hospital Association Board of Trustees and the Tulsa Hospital Council. He is a Fellow of the American College of Healthcare Executives and is a member of the Ascension Leadership Academy.